About Richard Burchard, composer of the Stabat Mater 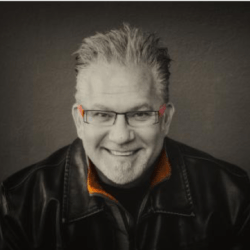 We are thrilled to be able to be performing the world premiere of Richard Burchard’s Stabat Mater, which was written for the Paris Choral Society and the American Cathedral choir.

Richard Burchard has composed over 100 commissioned works, most of them written for choir. His choral works have been performed and premiered throughout the United States at state, regional and national conferences including ACDA and NCCO. European premieres of his choral music have been in Austria, France, Germany, Italy, Spain and Portugal. Other works have been premiered in China and Australia. He is published with Pavane Publishing, and the Fred Bock Music Company under Hinshaw Music, Gentry Publications, H.T. FitzSimons Co., and National Music Publishers. Burchard also has two choral series with Gentry Publications: The Choral Music of Richard Burchard, and The Richard Burchard Choral Series.

Burchard was named the Kentucky Music Teachers Association 2008 Commissioned Composer and has served as composer-in-residence for a number of organizations, including: The University of Kentucky Choral Department; The Louisville Vocal Project; Voces Novae, Louisville, KY; St. Martin of Tours Catholic Church, Louisville, KY; The Cathedral of the Assumption, Louisville KY; and The American Cathedral in Paris, France. His most recent residency was Executive Composer-in-Residence at Bellarmine University in Louisville, KY.

A college music educator of more than thirty years, Burchard taught a variety of courses, including Composition and Arranging, Music Technology, Music Theory and World Music, as well as courses in study abroad programs in Salzburg, Austria and South Africa. A native of Meadville, PA, he attended Edinboro University of Pennsylvania and holds degrees from the University of Louisville.

For more information and to hear other of Burchard’s works, visit www.richardburchard.com and https://soundcloud.com/richardburchard-1